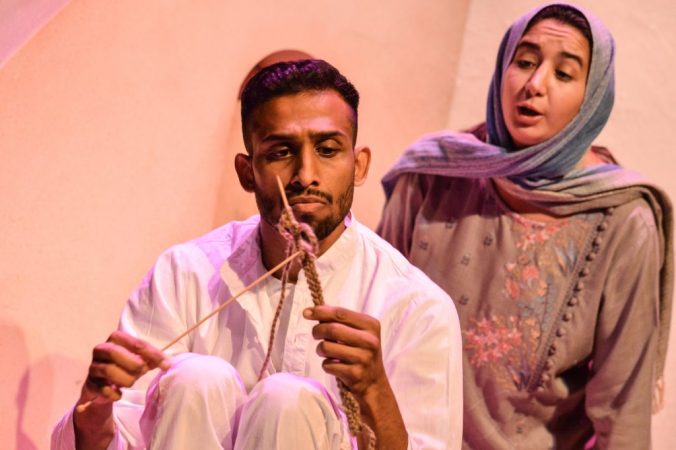 Last night I ventured to the beautiful Tara Theatre in Earlsfield for Kali Theatre’s ‘Homing Birds’.  With her latest play, Rukhsana Ahmad looks at the refugee crisis from a different perspective, focusing on the question of home and what it would be like to return. Can we ever really go back to the place that lives in our childhood memories? This is a particularly tough question when asked of someone whose childhood was a war zone.

Flashing between the present and the past, ‘Homing Birds’ is an absorbing story about identity, family, love and memory.  Saeed (Jay Varsani) escaped Afghanistan as a child, leaving his grandparents and sister behind. When we first meet him, he is cleaning up after the funeral for his British mother, someone he clearly deeply cared for. As the play unfolds we learn more about the family he left behind, particularly his older sister Nazneen (Mona Kahlili) and why he was sent away.  As an adult he is now a qualified doctor who has taken the surname of the family that took him in. Something that isn’t really explored but feels significant since the higher status of male children in the family comes from their ability to carry on the family name. 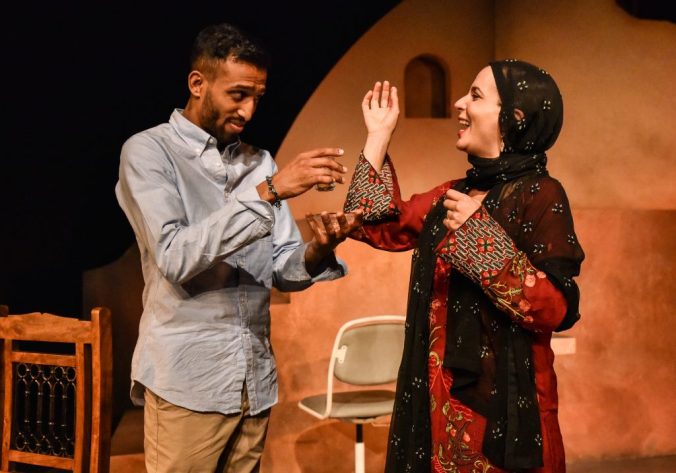 There are many layers to this fascinating story.  Politician Raabia (Suzanne Ahmet) represents a modern vision for Afghanistan. She is keen to get the best and the brightest who fled the war torn country to come back and help shape its future. However, while she has a clear vision of what that future could be, particularly when it comes to educating and opening up the lives of her fellow countrywomen,  she is also restricted and threatened by the political and religious landscape she is operating within. We learn a lot about her background, and she is a fascinating character, beautifully brought to life by Ahmet, but I feel as if her role is relegated to that of a plot device at the end of the play, and as a result I failed to feel a strong emotional reaction to what happens to her.

Mona Kahlili and Jay Varsani give adept and engaging performanaces as Nazneen and Saeed, jumping between the young and adult versions of themselves.  Will they find each other again? What will Saeed discover about his own past, given the fact he was too young to understand the world around him before he was sent away? This is a rich and fascinating story, and the actors imbue it with a wonderful warmth. 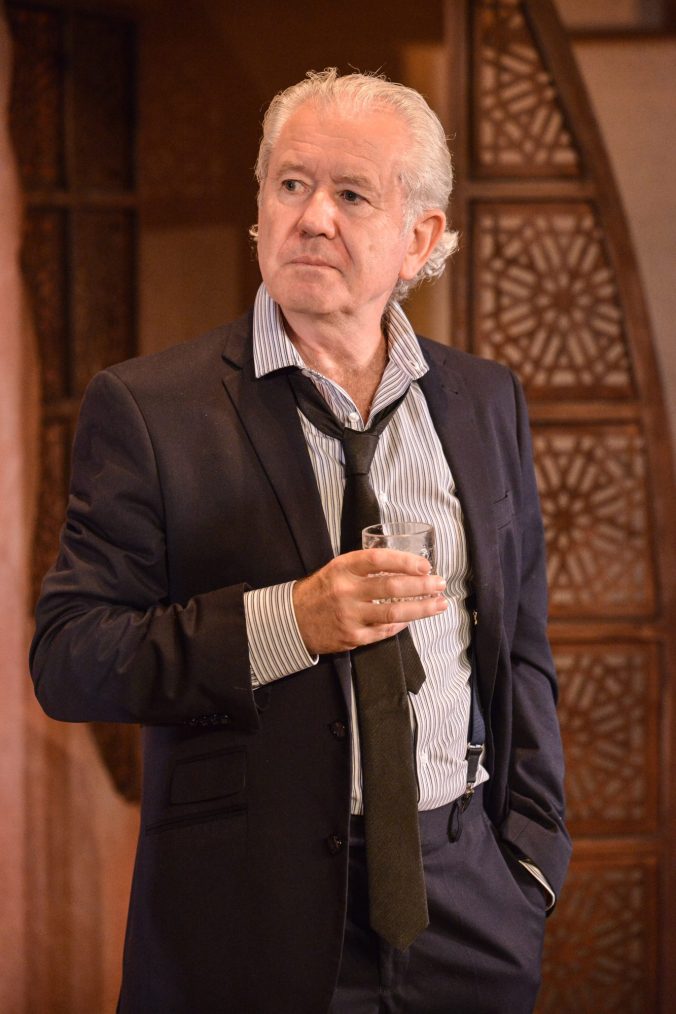 While Saeed is seduced by thoughts of his childhood home, his remaining British parent Michael fears for his safety. John O’Mahony gives a convincing and stoic performance as the man who has just lost his wife, and now risks losing Saeed.  This grief and fear is brought out subtly, in the little details of how he interacts with both Saeed and Raabia. There is something very realistic and resonant in the way he doesn’t express how he feels. Maybe it is his lack of emotional expressiveness that has led to Saeed calling him Michael, when his wife was ‘mum’. As with Raabia’s story, Saeed’s relationship with his British family is under explored. I would have loved to know more about his relationship with Michael as a child, as their adult relationship gives very little away.

Helena Bell’s direction is pacy and precise, ensuring that the story is brought to life in a dynamic and absorbing way. The design elements of the play are thoughtfully brought together around the focal point, a beautiful and evocative set, ensuring that Saeed’s childhood memories of Afghanistan are present throughout the piece regardless of time or geography. Bell makes the most of her talented cast to land the key themes and messages. This is definitely a message-led play, which makes it very thought-provoking, but can at key moments make it emotionally distancing. The writing is beautiful, but too much is explained rather than shown, which adds to that sense of distance.

‘Homing Birds’ definitely held my attention throughout its story-filled 90 minute running time. It is a rich and evocative play that is well worth seeing. It runs at the Tara Theatre until 7th December.